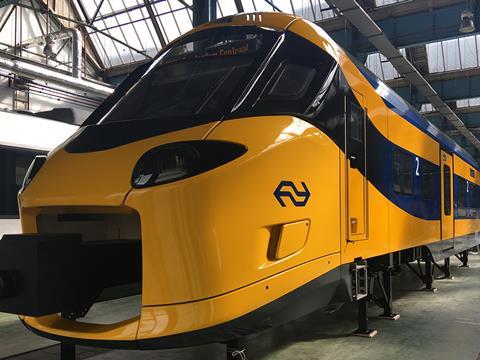 Part of Alstom’s Coradia Stream family, the 49 five-car and 30 eight-car IC-NG units were ordered in July 2016 and are expected to enter service on the Amsterdam – Rotterdam – Breda and Den Haag – Eindhoven routes from 2021.

‘These new trains will be a welcome addition to the already excellent rail transport facilities that Dutch commuters and tourists from all over the world can enjoy on a daily basis’, said Vazil Hudak, EIB Vice-President responsible for transport, on June 29. ‘The bank is really proud to continue its relationship with NS by providing support for the next generation of inter-city trains that will soon be in action on the Dutch railway network.’