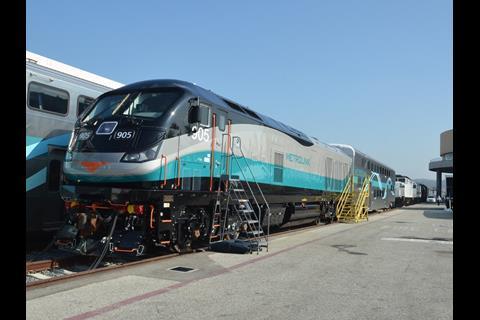 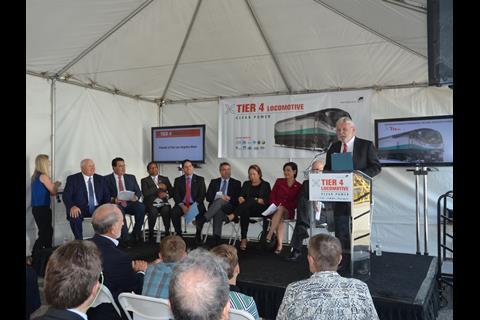 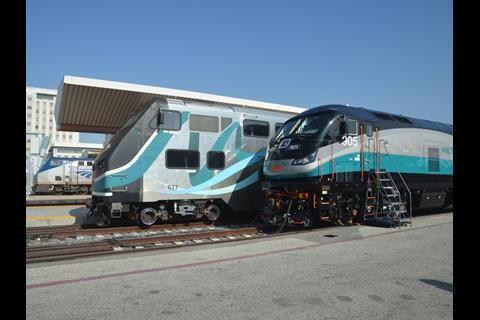 As launch customer for EMD’s Tier 4-compliant passenger locomotive, the agency has ordered 40 F125s from the Progress Rail subsidiary at a total cost of around $280m. The majority of the locos are expected to be delivered by mid-2017.

Part-funded by grants from the South Coast Air Quality Management District, the new low-emission locomotives are intended to replace the 1990s-built F59PH and F59Phi locomotives currently powering most Metrolink commuter trains. According to EMD, the F125 is the cleanest diesel locomotive in the USA, in terms of reduced particulate matter and NOx emissions. Exhaust gas recycling and urea-based selective catalytic reduction are expected to reduce emissions by around 85% compared to older commuter rail locomotives.

The F125 is 21 m long and 4 445 mm high, fitting the Amtrak D-05-1355 clearance gauge which would permit it to operate in the Northeast Corridor. The full-width monocoque bodyshell incorporating crash energy management was manufactured in Spain by Vossloh Rail Vehicles, now part of Stadler Rail. Total weight in working order is 127 tonnes.

The AC traction motors have individual axle control and extended-range dynamic braking, which is blended with the traditional airbrakes. This configuration permits a degree of regenerative braking to supply head-end power for the train lighting and other electrical requirements, under a process described by EMD as ‘dynamic brake energy recovery’.