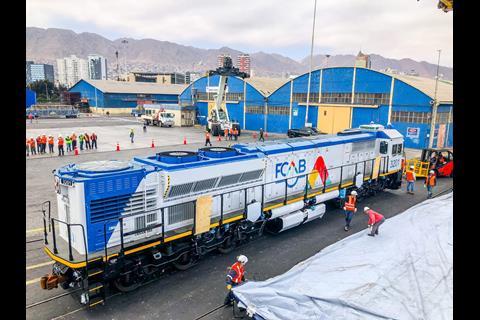 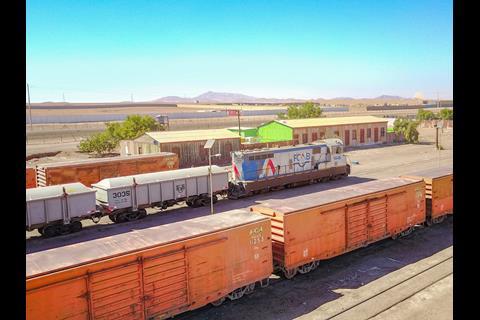 CHILE: Ferrocarril de Antofagasta has taken delivery of seven Progress Rail GT42 locomotives and awarded GE Transportation a contract to supply five C23EMP locos, as part of a fleet renewal programme which will see a total of 14 new locos delivered by the end of 2019.

FCAB ordered the GT42 locomotives in 2017 when it won a new contract for the transport of copper concentrate. Delivery is expected to raise productivity to support a 10% increase total tonnage carried on the railway; FACB handled 6·3 million tonnes in 2017, slightly down on the 6·5 million tonnes moved in 2016.

The GE Transportation contract announced on July 19 includes a parts, service and warranty agreement. The locomotives are to be assembled at the company’s plant at Contagem in Brazil for delivery next year.

The C23EMP single-cab AC-DC locomotives have been specially designed for FCAB, with low axleloads and a small profile for use on the metre-gauge network. The GE FDL 12-cylinder engines will be suitable for operation at high altitude, with GE’s Electronic Fuel Injection for efficiency.

FCAB General Manager Mauricio Ortiz said the delivery of the locomotives and the acquisition of new rolling stock would bring a ‘step change’ reduction in the operator’s greenhouse gas emissions, improve crew safety and enhance productivity.

GE Transportation said the win would continue its growth in South America, where its locomotive and digital sales have increased by 40% in three years.