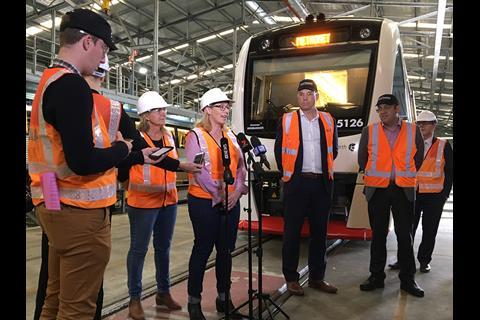 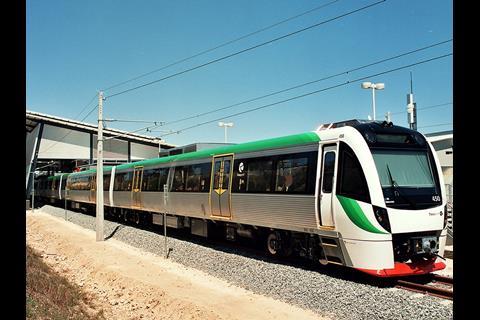 AUSTRALIA: The EDI Rail Bombardier Transportation joint venture has delivered the last of 78 B-Series electric multiple-units ordered by Western Australia’s Public Transport Authority, 15 years after the first was unveiled. The final unit is expected to enter service on the Joondalup and Mandurah lines in early July.

The 1 067 mm gauge 25 kV 50 Hz EMUs with a maximum speed of 130 km/h were designed by Bombardier in Australia. They were manufactured at Downer’s facility at Maryborough in Queensland, with electrical pre-assembly work undertaken by Bombardier at Dandenong in Victoria.

The joint venture will continue to provide fleet maintenance services under a contract running until 2026.

Meanwhile, procurement of the C-Series fleet is underway, with Alstom, the Momentum West consortium of CAF and UGL and the EDI Rail Bombardier JV shortlisted. The contract worth an estimated A$1·6bn would cover the supply of 17 six-car sets for the Metronet rail expansion programme, and 24 six-car units to replace the ageing A-Series which were the first EMUs on the Transperth network.

Deliveries are scheduled to start in 2021. The C-Series EMUs would have a capacity of about 1 200 passengers, wider doors for faster boarding, USB charging ports, LED lighting and regenerative braking. The contract would require 50% of the fleet to be assembled in Western Australia, and is to include up to 30 years of maintenance.