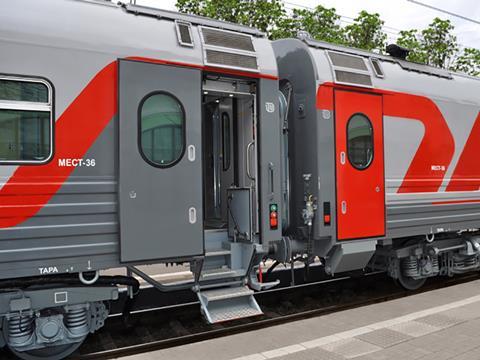 RUSSIA: Transmashholding’s Tver plant is to produce a pilot batch of 61-4517 and 61-4516 passenger coaches which will operate in coupled pairs, a concept which the manufacturer said was being implemented in Russia for the first time. Shipments are planned to start in September.

One coach from each pair will have the attendant’s compartment with facilities including a fridge and microwave. The other coach will use the space for a ‘convenience zone’ with vending machines and coffee dispensers. The coaches will have pressure-tight gangways, as well as a shower and a water purifier in what TMH said was a first for a mass-market Russian coach.

Accessibility features will include foldable bridges, doors with easy to reach buttons, and accessible gangways.