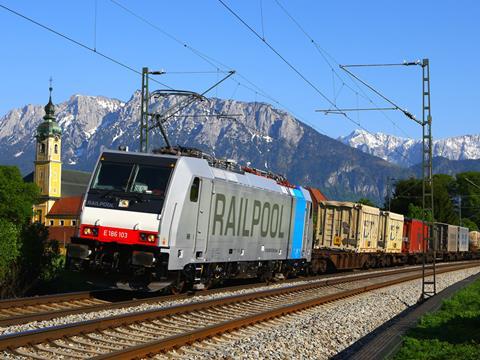 EUROPE: Leasing company Railpool has ordered 35 Bombardier Traxx locomotives with a list price of €135m for delivery in 2015-16, under a framework agreement which includes an option for up to 30 more which would take the value to €250m. Bombardier will also upgrade safety systems on the existing fleet.

The order announced on June 25 includes multi-system locomotives to operate on an east–west corridor linking Poland with the Netherlands, and AC locomotives to operate in Germany, Switzerland, Austria, Hungary and Romania which will be equipped with ETCS and ‘last mile’ engines and batteries for use in non-electrified terminals.

‘These innovative locomotives will facilitate rail operation on new international corridors’, said Ulrich Jochem, President, Locomotives, at Bombardier Transportation. ‘They also allow for a much longer range and for more flexibility in operation than ever before.’