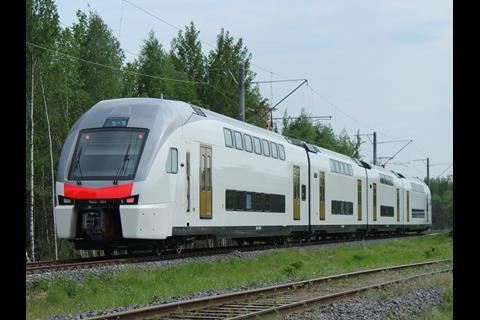 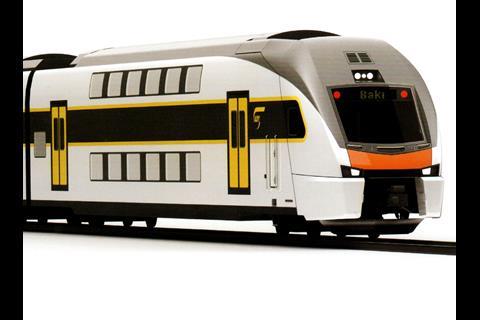 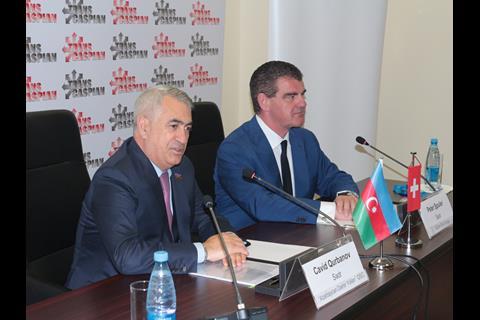 AZERBAIJAN: An agreement for the supply of five Kiss double-deck electric multiple-units was signed by Stadler Rail CEO Peter Spuhler and Javid Gurbanov, Chairman of national railway ADY, at the TransCaspian 2015 trade fair in Baku on May 13.

The 1 520 mm gauge 3·3 kV DC EMUs are to be deployed on the Baku – Sumqayıt route. ADY said they would provide a high-quality service to meet growing demand. The four-car units would have 396 seats, including 84 in business-class.

Negotiations for the order worth a reported €60m to €70m have been underway for some time. The first two of the EMUs are scheduled to be delivered next month, for use around Baku during the inaugural European Games. The rest of the fleet will arrive by January 2016.

Stadler signed its first contract in Azerbaijan last June, a SFr120m deal to supply 30 sleeping and dining cars. The company is developing a rolling stock factory at Ganja as part of its drive to expand in new markets in the 1520 region.