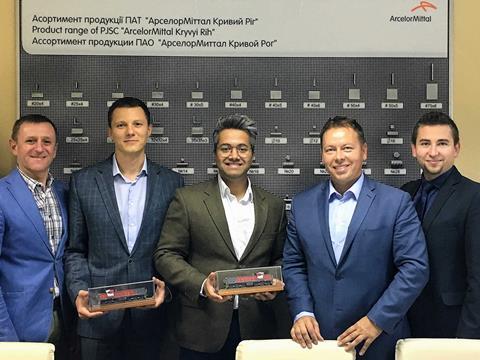 The order is being financed by OTP Leasing, with delivery scheduled for the second half of 2020. The locos will have CAT 3508B engines with AC-DC transmission and will comply with GOST technical standards.

The steelworks currently has a fleet of around 200 locomotives various Soviet-era designs, of which around 140 are in service.

In 2007, CZ Loko modernised one CME3 six-axle diesel locomotive for Ukrainian Railways in collaboration with the PRZZT rolling stock overhaul plant in Poltava. However, series modernisation never got underway because of the outbreak of war in eastern Ukraine in 2014.