Traxx ME handed over in Bayern 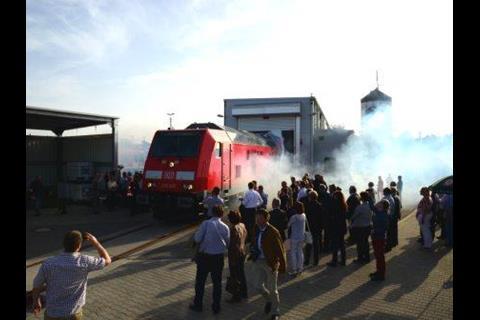 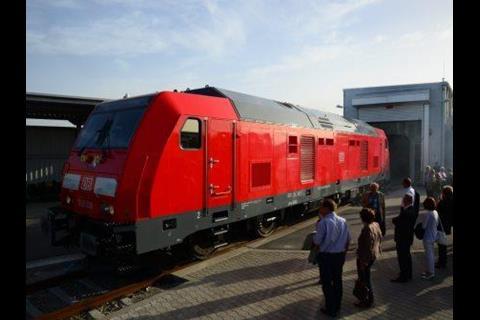 GERMANY: The first of eight multi-engined Traxx P160DE diesel locomotives being built for Sudostbayernbahn services by Bombardier was formally handed over in Müldorf on May 23.

SOB ordered the 2 252 kW Class 245 locomotives under a framework contract for up to 200 locos placed by DB Regio in April 2011. They will be used to haul double-deck trainsets on the München – Simbach route, replacing ageing Class 218 diesel locomotives. Each of the Traxx MEs is powered by four 563 kW diesel engines which can be used in any combination to meet the power output required. This enables the loco to meet EU Stage IIIB emissions standards.

SOB Director Christoph Kraller said the order was ‘the biggest investment in the company’s history’, adding that the first locos would enter service from mid-2014. Established in 2001, SOB is a DB subsidiary which operates regional services on a star-shaped network of routes radiating from Müldorf to München, Salzburg, Passau, Rosenheim, Landeshut and Traunstein, covering 417 km and serving 81 stations. As well as its loco-hauled push-pull trains, it has a substantial fleet of diesel and electric multiple-units.

In addition to its passenger operations, SOB is also responsible for infrastructure maintenance, as a so-called RegioNetz.