Vectrons to be used on Praha – Germany services from December 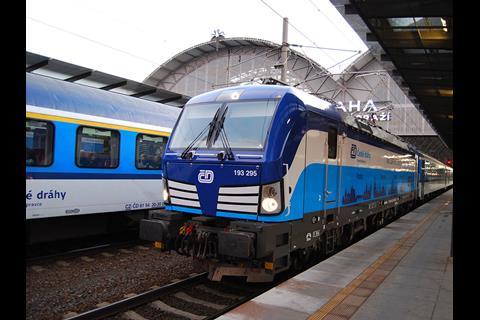 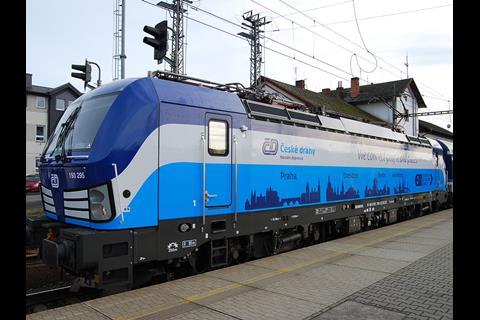 CZECH REPUBLIC: One of 10 Siemens Vectron electric locomotives which are being leased from European Locomotive Leasing for use on passenger services to Germany was unveiled by national operator ČD on November 22.

From the December 10 timetable change, ČD will use the Vectrons to haul the Praha – Dresden section of the Praha – Hamburg EuroCity service operated in conjunction with DB. The Vectrons are expected to run through to Berlin, Hamburg and Kiel from summer 2018.

ČD said infrastructure modernisation and the deployment of the new locomotives would enable the journey time between Praha and Berlin to be reduced from 4 h 20 min to about 4 h from summer 2018.

ČD had planned to haul the Praha – Hamburg trains with Škoda Transportation Class 380 locomotives, but it called tenders for alternative traction when the necessary authorisations for operation on the DB Netz network were not obtained. A 10-year agreement to lease the Vectrons from Austria-based ELL was subsequently announced in May this year.