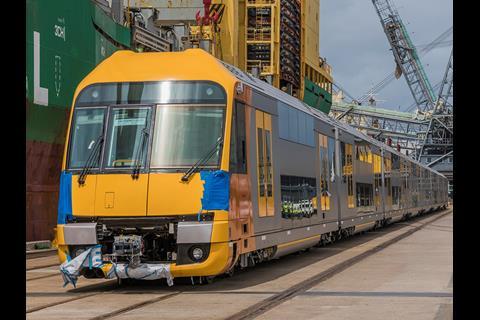 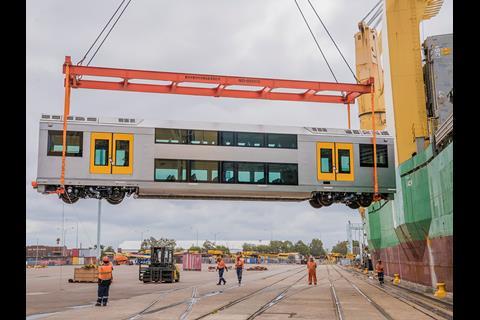 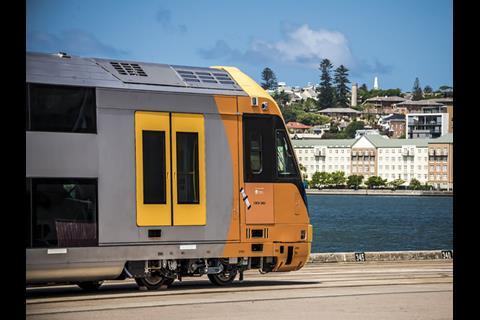 AUSTRALIA: The first of 24 eight-car Waratah Series 2 double-deck suburban electric multiple-units has been delivered to Sydney. The new fleet is expected to be in service by early 2019.

Ordered from Downer EDI in December 2016 under the New South Wales government’s A$1·5bn ‘More Trains, More Services’ programme, the Waratah Series 2 EMUs are similar to the 78 eight-car Waratah sets delivered in 2011-14 by the Downer-led Reliance Rail consortium under a PPP contract. Construction has been outsourced to CRRC Changchun Railway Vehicles which manufactured the bodyshells for the original Waratahs.

‘Once the 24 new trains are in operation and proven reliable, the non-air-conditioned S-sets will be gradually decommissioned’, said New South Wales Premier Gladys Berejiklian when inspecting the first vehicles in Auburn on March 22. ‘The areas where older trains are currently running, like Sydney’s southwest, will be given priority and receive the new Waratah trains first’, she said, adding that the investment in the transport network aimed to support a 21% increase in ridership by 2021.

Minister for Transport & Infrastructure Andrew Constance said ‘everyone is well aware that demand for trains is going through the roof and we need to act now to ensure we can continue to provide our customers with the services they need’. As well as increasing capacity, the new fleet is expected to offer higher availability than older vehicles.