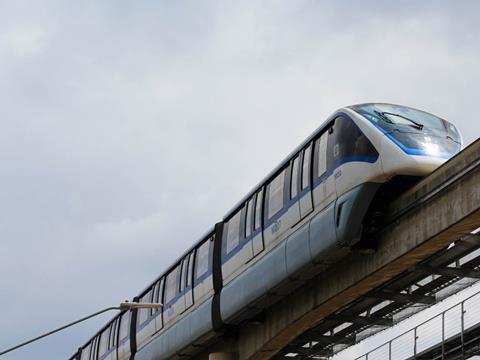 BRAZIL: Work is due to begin this year on a monorail connecting the three terminals of São Paulo’s Guarulhos Airport with the city’s commuter rail network.

The R$175m project is to be funded by the airport concessionaire and will be built on land owned by the airport. Work is due to begin in September, with completion expected in May 2021.

The 2·6 km long route would run from Guarulhos Airport station on CPTM Line 13, which is about 500 m from airport Terminal 1. A monorail station would be built at each of the terminals, with the journey time between the CPTM station and Terminal 3 expected to take 6 min. The line will have a capacity of 2 000 passengers/h per direction.

Earlier this month CRRC Qingdao Sifang unveiled the first of eight multiple-units that it is supplying to replace the Hyundai Rotem EMUs that currently operate on Line 13.