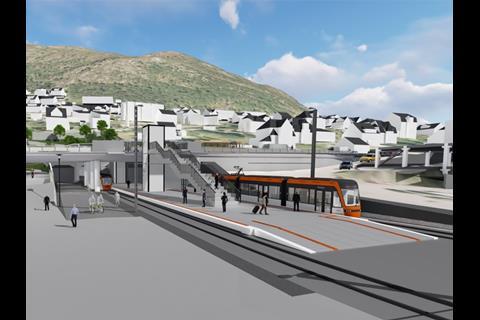 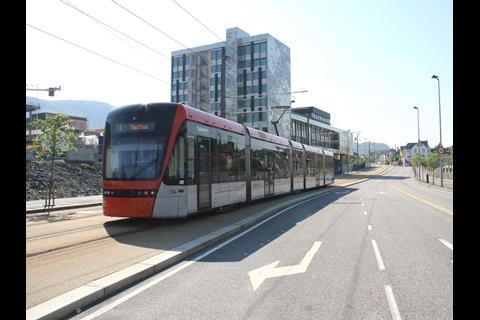 NORWAY: Bergen city council has approved plans for a second tram line. Construction of the 10·8 km route with nine stops is due to begin in 2018 and is expected to cost NKr6·2bn. Once complete in 2022, it would offer a 19 min end-to-end journey time.

Starting at from Kaigaten, between Byparken and Nonneseter on the city’s existing tram line, the new route would run along existing tracks for 550 m before diverging at Lungegårdskaien. It would then run on an alignment that includes a stop in a 1·4 km tunnel to Kronstad, where interchange would be provided with the current tram route.

The new line would continue to run south, via a 3 km tunnel, eventually reaching Spelhaugen, where a depot would be built.