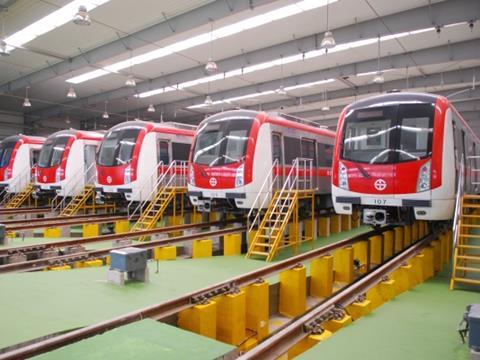 The 4·9 km extension with four stations connects Hangkong Hangtian Daxue with Putianlu on an underground alignment.

The initial section of Line 2 opened in January 2012, and is due to be extended by 14·2 km southwards.