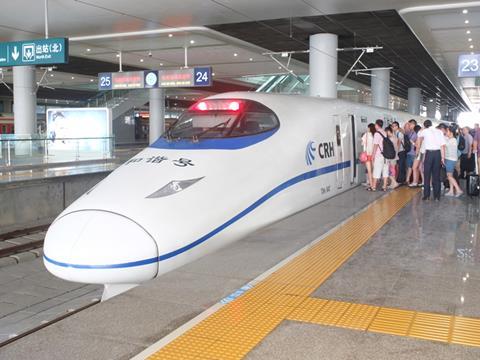 Construction of the 249 km Nanjing - Hangzhou high speed line began in December 2008, with the 24 bn yuan cost jointly funded by the former Ministry of Railways and the provinces of Jiangsu and Zhejiang, of which the two termini are the capital cities.

The line is designed for 350 km/h running. Its completion avoids the need to travel via Shanghai, and thus reduces the fastest journey times from 4 h 22 min by conventional train or 2 h 05 min by PDL to 1 h 10 min on the new route. Because fares are set by distance, the opening also reduces prices by approximately 40%.