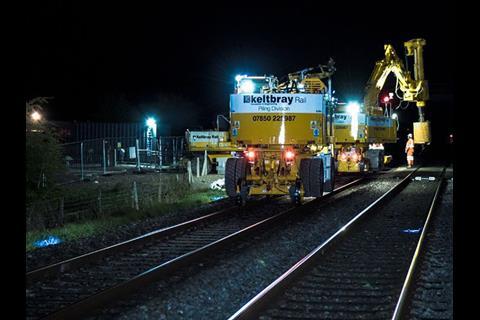 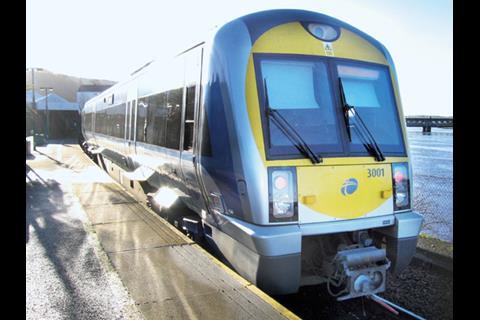 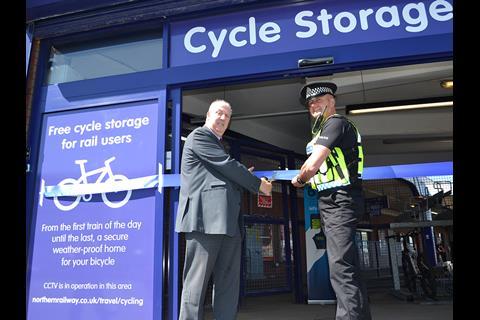 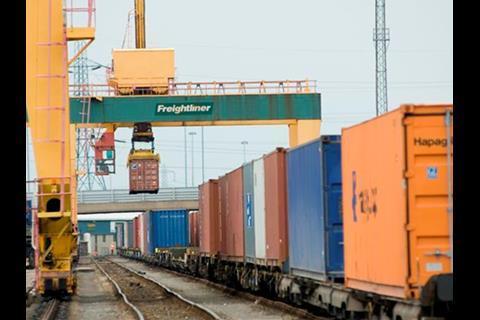 Borrowing an idea from the highway maintenance industry, Keltbray Rail Plant is installing directional LED lights on 14 Colmar road-rail vehicles to clearly identify the 10 m safety exclusion zone around them. ‘As we often work at night, signage is not always visible, and so we have adopted lighting to help operatives visualise the exclusion zone and reduce the risk of accidents’, said Operations Director, Rail, for Wales & Western, Paul Murphy.

On May 10 the Rail Freight Group called on the political parties to include rail freight in their transport commitments for the general election on June 8. RFG’s five priorities are: putting rail freight at the heart of post-Brexit trade links; investing in rail freight infrastructure and technology; providing a stable environment to enable private sector investment; restoring and promoting grants to support new services; and enabling the development of modern terminals.

From the end of May Northern will sell off-peak advance purchase tickets on some routes up to 15 min before departure online or via its mobile app. ‘The new Advance fares are significantly cheaper than walk-up equivalents and also give greater flexibility as customers can save time and skip queues by having an electronic version of the tickets sent direct to their mobile phone’, said Regional Director Liam Sumpter.

TransPennine Express says it has become the first train operator to achieve Investors in People Gold accreditation against the sixth generation of the standard.

ScotRail’s Kennishead, Priesthill & Darnley and Nitshill stations will have a Sunday service from the May 21 timetable change, with 12 trains in each direction offering direct links to central Glasgow, Kilmarnock, Dumfries and Carlisle.

A CCTV-monitored and weather-proof free cycle storage unit at Blackpool North station was officially opened on May 5. The £50 000 unit is open to all rail users and can hold more than 100 bicycles. ‘Northern is committed to promoting cycling as a sustainable and healthy means of transport that complements our train service’, said Station Manager Mick Elliot. ‘We are confident the new facility will significantly boost the number of people cycling to catch their train.’

Network Rail has announced that piling for the installation of 25 kV 50 Hz electrification masts and gantries between Kettering and Corby is scheduled to start on May 13 and continue for several months.