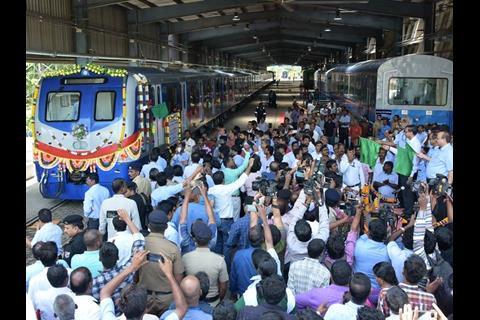 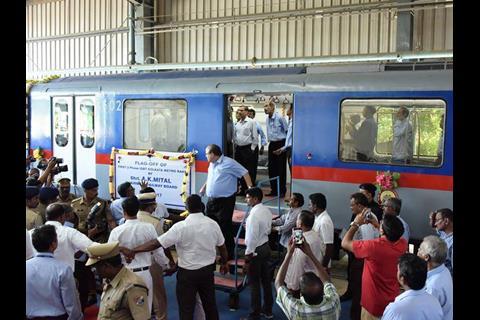 INDIA: Indian Railways’ Integral Coach Factory in Chennai rolled out the first of two prototype metro trainsets for the Kolkata metro on July 4 in the presence of Railway Board Chairman A K Mittal.

According to ICF, the use of three-phase IGBT AC traction equipment and regenerative braking means that the trains will use 30% less energy than existing rolling stock currently used on the Kolkata metro.

Built at a cost of Rs400m each, the air-conditioned eight-car trainsets have capacity for 3 050 passengers. Maximum speed is 80 km/h.

While ICF has mainly built rolling stock for Indian Railways subsidiaries, the company says it is keen to supply rolling stock for the country#s metro networks under the Make in India programme, at around half the cost of international suppliers. It has offered to build a prototype trainset for Chennai Metro Rail as a 1 435 mm demonstrator.