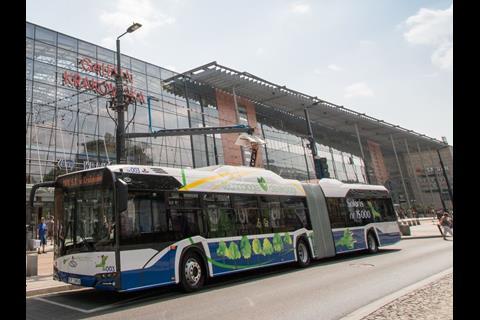 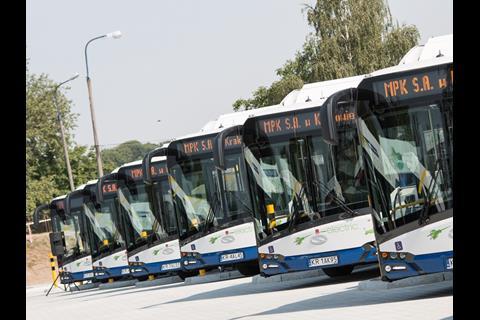 In October 2016 Solaris signed a contract to supply 17 Urbino 12 and three Urbino 18 articulated buses. The low-floor vehicles are air-conditioned, and equipped with a cash and card ticket machine and passenger information system.

The Urbino 12 buses have a 160 kW central motor powered by 160 kWh Solaris High Energy batteries, whereas the Urbino 18 vehicles have a 240 kW traction motor and 200 kWh batteries. The batteries are recharged through a roof-mounted pantograph or via plug-in charging at the depot.

The depot at Wola Duchacka has recently been equipped with a 28 plug-in charging stations, and a bus charging transformer station has been built at the Nowa Huta depot. Five more pantograph charging stations are due to be commissioned in 2018.