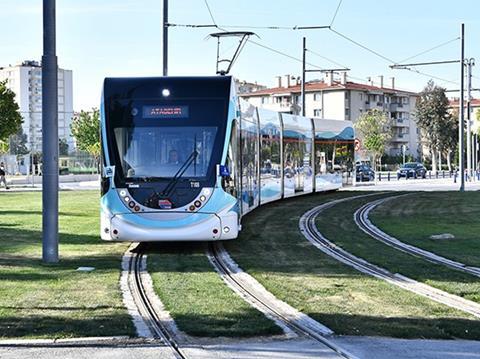 Four rolling stock manufacturers currently have assembly plants in the country. Durmazlar’s Bursa plant and Bozankaya’s Ankara factory can produce vehicles with 100% local content, as was the case with the 12 Panorama trams that Durmazlar supplied to Izmit and the 30 trams that Bozankaya supplied to Kayseri.

The Eurotem joint venture of Hyundai Rotem and Tüvasaş has a plant in Adapazarı that can produce rolling stock that meets the new requirements. Its 38 trams for Izmir have been built using 85% Turkish components.

The CRRC MNG subsidiary of the Chinese rolling stock manufacturer has a factory in Sincan near Ankara. The first 75 of the 342 metro cars that it is supplying to Ankara had 30% local content, and the remainder will have 51%.