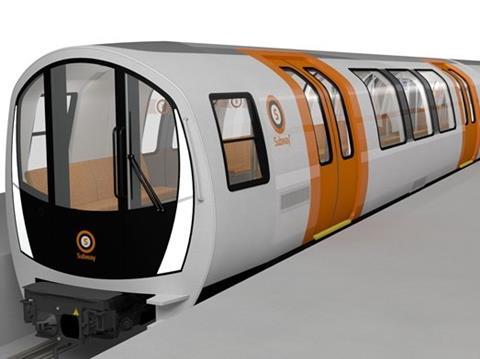 UK: Strathclyde Partnership for Transport announced on March 4 that it had approved the award of a £200m contract to a consortium of Stadler Bussnang and Ansaldo STS to supply a fleet of 17 driverless trains and signalling for the Glasgow Subway.

The contract forms part of a £288m modernisation programme for the 10·5 km circular underground metro line, towards which the Scottish government is providing up to £246m. Services are due to be suspended for four weeks in July and August this year to permit infrastructure modernisation and track renewals.

Stadler says that this is the first time it has been selected to supply driverless metro trains. The 1 220 mm gauge four-car trainsets with walk-through gangways will replace the existing fleet of three-car sets, but will otherwise be built to the same dimensions. They will have space for wheelchairs, as some stations are being rebuilt to provide step-free access. Half-height platform edge doors will be fitted to all 15 stations.

The new trains are expected to enter service from 2020, and the new control system is being designed for a minimum headway of 90 sec. According to SPT, operations will switch from the current ATO (GoA2) to UTO (GoA4) 'over time', once the signalling and control systems have been fully tested. Detailed duties for all operations staff will be developed as part of the safety case submission.

‘The new rolling stock will provide the travelling public with a much improved journey experience and the system will be more flexible in terms of frequency and availability’, said SPT Chair Jonathan Finlay.