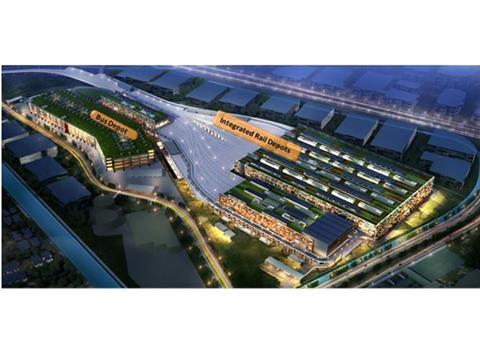 SINGAPORE: Land Transport Authority has awarded GS Engineering & Construction Corp a S$2bn civil works contract for the East Coast Integrated Depot, which LTA says will be the first in the world to integrate three train maintenance depots and one bus depot in a single site.

The 36 ha site with space for 220 trains will house depots for the East-West Line, Downtown Line and Thomson-East Coast Line, which will be stacked on top of each other, saving 44 ha. A bus depot with space for 550 buses will be built alongside. Construction is expected to start by the second quarter of 2016 and completion is due in 2024.

LTA has also awarded civils contracts for three metro stations. A joint venture of China Communication Construction Co subsidiaries John Holland and Zhen Hua is to build Siglap station on the Thomson-East Coast Line under a S$176m contract. Bayshore station on the same line is to be built by a joint venture of Woh Hup and Shanghai Tunnel Engineering Co under a S$296m contract. Both stations are due to be completed in 2023.

Samsung C&T Corp has been awarded a S$834m contract to build Xilin station on the Downtown Line, with a target completion date of 2024.