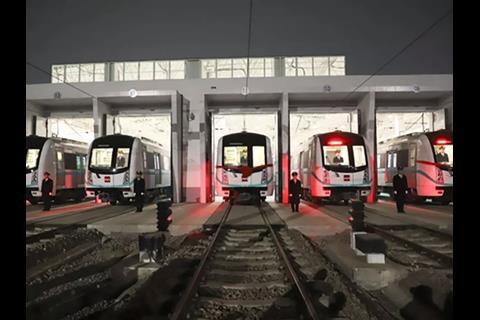 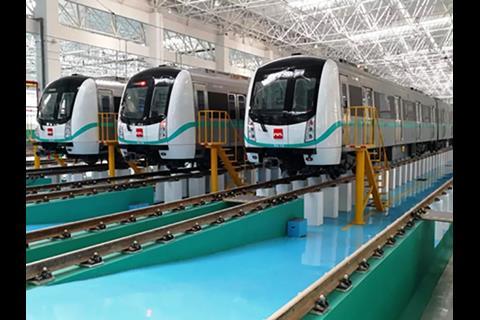 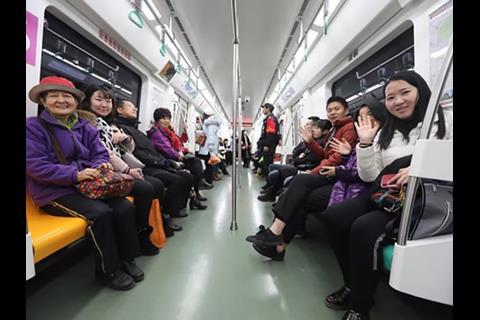 Running entirely underground for 35·2 km, the north-south line connects the city’s high speed rail hub at Xi’an Bei (North Square) with Hangtian Xincheng via the main station close to the old city centre. There are currently 29 stations, with one more expected to open during 2019.

Authorised in 2012 and under construction since 2014, the new line broadly parallels Line 2, with which interchange is provided at Beikezhan and Xingzhengzhongxin. Line 4 connects with Line 1 at Wulukou and with Line 3 at Dayanta.

Line 4 is operated by a fleet of 45 six-car trainsets, which are based at a depot near the southern terminus. With four motored and two trailer cars, each 118 m long train has a nominal capacity of 1 468 passengers, including 240 seated. With a maximum speed of 80 km/h, the end-to-end journey time is 63 min. Trains operate between 06.00 and 23.00, with a peak headway of 4 min.