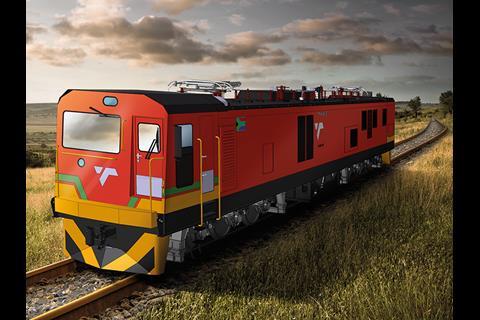 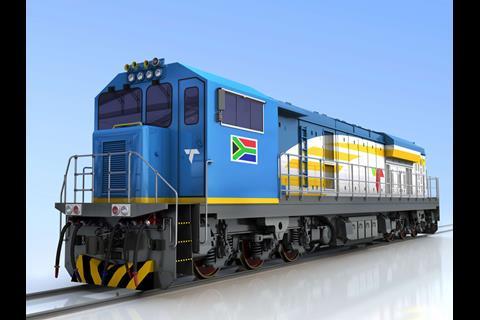 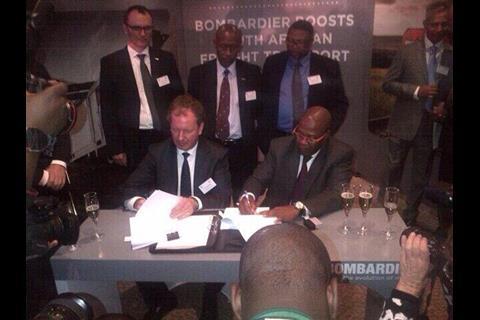 CSR Zhuzhou Electric Locomotive is to supply 359 electric locomotives and Bombardier Transportation 240. GE Transportation will supply 233 diesel locomotives, and CNR Rolling Stock 232. The majority of the 1 067 mm gauge locomotives are to be used by Transnet Freight Rail's general freight business.

The 240 Bombardier Traxx Africa dual-voltage general freight locomotives will be suitable for speeds up to 100 km/h. Bombardier said Traxx Africa would benefit from the 'vast experience' of the Traxx locomotives in operation 'with many of the leading European rail freight and passenger operators'. All are to be built in South Africa, with a commitment to localising more than 60% of the contract scope.

The GE ES40ACi locomotives are in addition to 143 that Transnet has ordered from GE since 2010. The locomotives are to be assembled in South Africa, with 'core parts' including the engines supplied from the USA.

CNR's 3·3 MW six-axle diesel locomotives will have AC traction equipment and a maximum speed of 100 km/h.

The tendering process was overseen by the Transnet board through a sub-committee of independent directors. Deliveries are to be completed within 3½ years, and Transnet said the 'ability to stick to an extremely tight delivery schedule was one of the key considerations in assessment of the bids'. The four suppliers were chosen because 'it is our view that no single supplier would have the capacity or resources to deliver within the timelines we had envisaged'.

The contracts have 'strict local content, skills development and training commitments' as part of the government's Supplier Development Programme. The bidders exceeded the minimum criteria of 60% local content for the electric locomotives and 55% for the diesel locomotives. All but 70 of the locomotives will be built at Transnet Engineering's plants in Koedoespoort, Pretoria and Durban. Transnet Engineering is to share 16% of the work, with outsourcing to local and emerging engineering and manufacturing companies to enable Transnet to create export capabilities.

The locomotive contracts mark 'a significant milestone in the company's history together with substantial socio-economic benefits for South Africa', said Transnet Group Chief Executive Brian Molefe. 'The drive to modernise our fleet is intended to improve reliability and availability of locomotives. This will improve customer satisfaction, ultimately leading to our crucial goal of road-to-rail migration of cargo in line with government's objectives.'