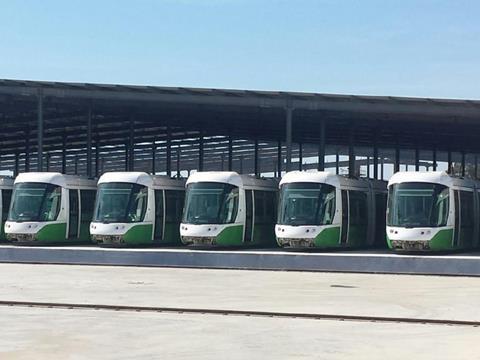 ALGERIA: The CITAL joint venture of Alstom, Entreprise du métro d’Alger and Ferrovial officially inaugurated its tram assembly and maintenance plant in Annaba on May 12.

The joint venture was created in 2011 to assemble and maintain Alstom Citadis trams for Algerian cities. The 46 000 m2 site currently employs 90 staff and is capable of assembling five trams per month.

By the time of the inauguration, 20 trams had already been assembled. CITAL expects more than 210 trams to be assembled in the coming years, for cities including Ouargla, Mostaganem, Sidi Bel Abbès, Sétif, Batna and Annaba.

CITAL currently employs around 110 maintenance staff in Alger, Oran and Constantine, which all have Citadis trams in service.