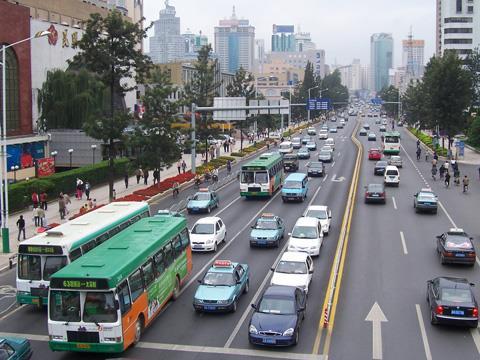 CHINA: A joint venture of Alstom and CASCO announced contracts totalling €85m for the supply of Urbalis CBTC signalling equipment for metro projects in Shanghai and Kunming on May 24.

The contracts are 'important milestones', according to Ling Fang, Managing Director of Alstom Transport China, as they demonstrate that Alstom is 'not only successful in the first tier cities in China, we are also becoming the preferred supplier in the second tier cities'.

Shanghai Shentong Metro has awarded a contract covering CBTC for Line 16, formerly known as the Line 11 South Extension. This will run through Pudong New Area for 59 km from Longyang Road to Lingang New City, with 13 stations. Running speeds will reach 120 km/h, which Alstom says will be the highest of any Chinese metro, and it will have 'flexible train service configurations'. Construction is underway for the first stage to open in early 2013.