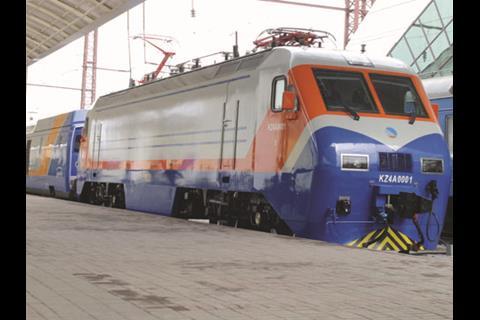 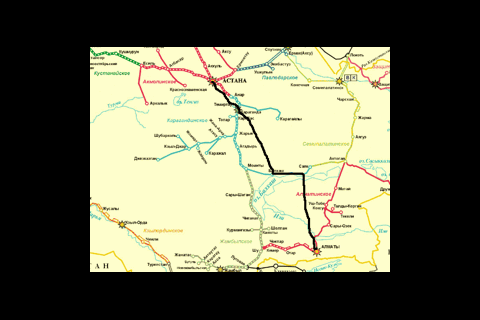 KAZAKHSTAN: National railway KTZ has awarded Systra a contract to oversee the design and construction of a 1 011 km high speed railway between Almaty and Astana.

The proposed 1 520 mm gauge single-track line would be suitable for 250 km/h running. A 10 km bridge across Lake Balkhash would make the alignment significantly shorter than the existing 1 300 km route between Kazakhstan's capital and main commercial city.

Around one third of the line would pass through a steppe region where the temperature can vary by up to 75°C between summer and winter.

The design and supervision contract was signed by Systra CEO Pierre Verzat and KTZ Chairman Askar Uzakpaevitch Mamin in Astana on March 5. Systra has worked with KTZ for 10 years, and recently completed a feasibility study for the high speed line under a contract awarded in 2011.

Systra said the project timescale will 'present a major challenge', with the Kazakh government wishing to commission the line in early 2017 to coincide with the inauguration of the World Expo in Astana.