BART’s fleet of the future on its way 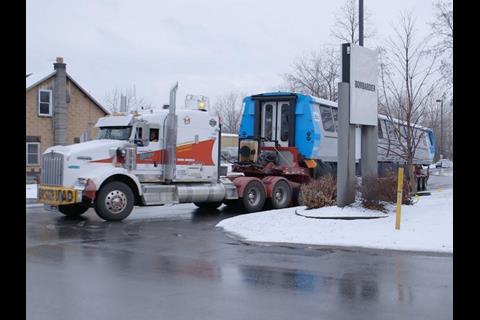 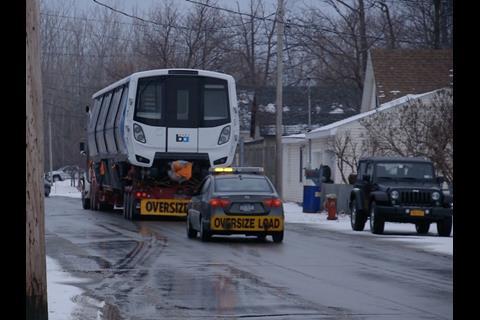 USA: The first car ordered under the Fleet of the Future programme to renew the fleet of the San Francisco Bay Area’s BART metro network has left Bombardier Transportation’s factory in Plattsburgh, New York. It is being transported on a flatbed lorry to BART’s testing facility in Hayward.

Nine more pre-series cars are due to be delivered this year, making up the 10-car test train. This could enter passenger service in December. The 765 production cars are to follow between 2017 and 2021, with 54 due to arrive next year.

BART signed a framework contract with Bombardier in 2012 and exercised the most recent option in 2013. It is seeking funding to procure a total of 1 081 cars.

The 1 676 mm gauge trains will feature wider aisles, higher seats, a higher ceiling and more handholds than the existing fleet. Each car will have cycle racks and three sets of double doors per side.