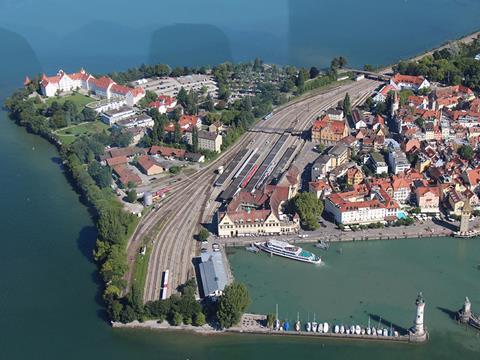 In August 2018 Go-Ahead was awarded the E-Netz Allgäu contract to operate München – Memmingen – Lindau services for 12 years from December 2021. BEG had originally envisaged that this contract would start in December 2020 to align with the scheduled completion of electrification on the section of the route between Geltendorf, Memmingen and Lindau, but delays to the tendering process made this impractical. As a result, DB Regio has been awarded a one-year interim contract covering 1·7 million train-km.

The 68 km section of the route from München as far as Buchloe will also be used by local services which are to be provided by DB Regio under a separate contract. This covers the operation of 0·7 million train-km/year from December 2021 until the end of 2026, with an option for an extension until December 2029.

The use of 160 km/h electric multiple-units with rapid acceleration with enable the introduction of a stop at Fürstenfeldbruck. Once the second tunnel under central München opens these services will be integrated into the city’s S-Bahn network.