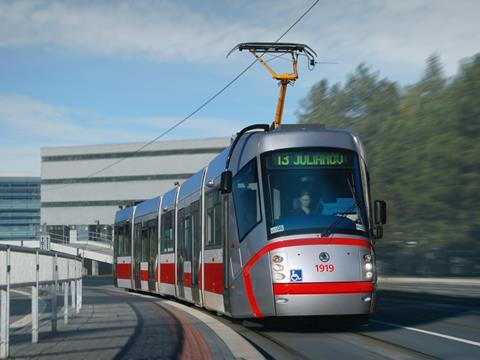 CZECH REPUBLIC: Škoda Transportation has delivered the first two Elektra trams to Brno, with the remaining 18 to come by the end of the year.

The KC1·2bn order for five-section low-floor trams from Škoda’s 13T family was placed in December 2015 as an option on a framework agreement dating from 2006. The first of the new trams arrived at the Medlánky depot on July 14 and the second on July 20.

The trams have several improvements on the 29 Škoda 13T trams already in service in Brno. These include digital rather than analogue CCTV. The trams are equipped with asynchronous traction motors.