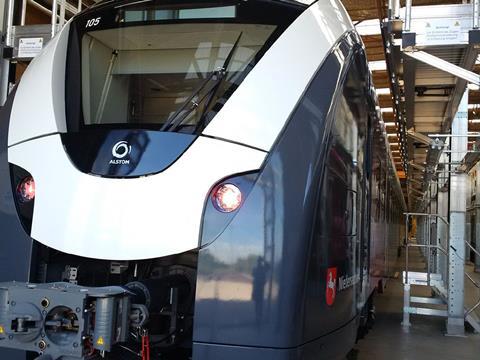 GERMANY: Alstom Transport has opened an electric multiple-unit servicing, repair and refurbishment facility at the Braunschweig site where it undertakes similar work on diesel multiple-units under contract to various train operators.

‘Alstom has been able to revive the long industrial tradition of this site, which goes back more than 100 years, and create a highly modern maintenance facility’, said Alstom Transport’s Managing Director for Germany, Martin Lange. ‘Further investments will be made in the coming years, notably in a modern paint shop.’

Alstom is to use the site to maintain 20 four-car Coradia Continental EMUs which Braunschweig transport authority ZGB has ordered for Elektro-Netz Niedersachsen-Ost services which will be operated by Metronom from December.

Alstom has also signed a 15-year contract for external cleaning of Stadler Kiss EMUs which WestfalenBahn will use on services from Braunschweig to Rheine and Bielefeld from December.