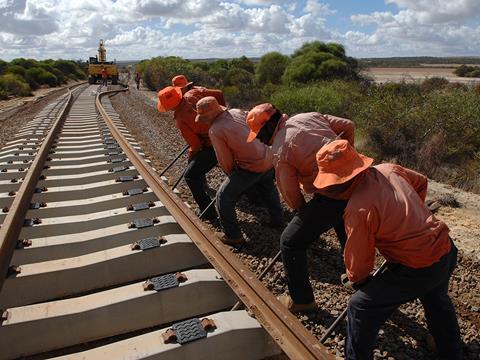 CEO Paul Larsen said the move was ‘an exciting time for our business. While we remain a Brookfield company, we’re looking forward to creating our own unique identity’.

The subsidiary of Canada’s Brookfield Infrastructure Partners operates and maintains the 5 500 km state-owned freight rail network under a 49-year concession awarded in 2001. The maintenance of trackwork and civil structures was brought in-house from August 2015, having previously been undertaken by John Holland.

The company has invested more than A$2bn in the network since 2000, to accommodate a 126% increase in the volume of traffic being moved. It believes that it is ‘a major contributor to the growth of Western Australia’s economy’, which ‘supports the community by employing, living and buying local’.

According to Larsen, the name Arc Infrastructure ‘embodies the aspirations for the company’s future, while being true to the heart of the core business. Our new name reflects our commitment to making an even greater contribution to the growth of Western Australia’s economy.’