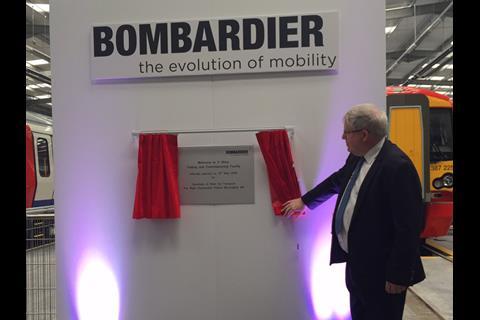 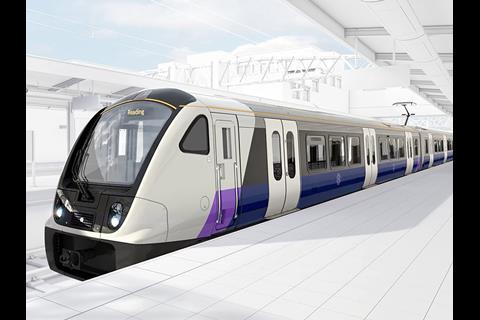 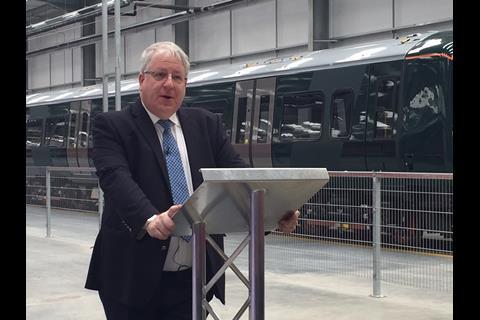 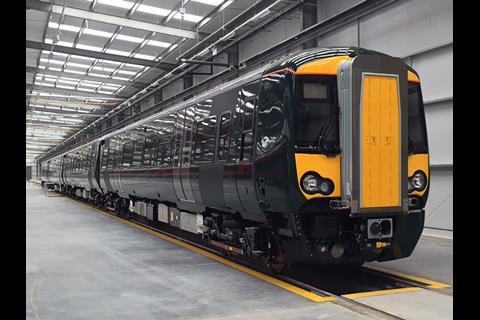 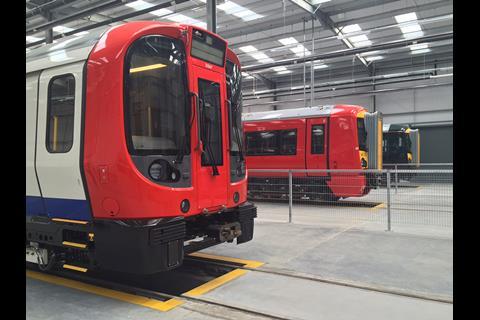 UK: A new four-track test and commissioning shed at Bombardier Transportation's Derby plant was officially opened by Secretary of State for Transport Patrick McLoughlin on May 13. He described the opening of the 'cutting-edge facility' as a 'huge event for the UK rail industry', which was 'so important for the future of Derby’.

Built by Balfour Beatty at a cost of £12m, the 250 m long V Shed was built as part of a £20m expansion project which Bombardier's UK President Richard Hunter said was the largest single investment in the site's 139-year history. It will initially be used to test and commission the 66 nine-car Aventra Class 345 EMUs that Bombardier is supplying for the Crossrail project in London.

Each of the four tracks has a full-length pit and 25 kV 50 Hz overhead electrification; the roads can be independently isolated as necessary to allow integration tests to be undertaken in parallel.

Head of Technical Services Ken Wilson told Railway Gazette that testing of the first unit would begin at the end of May. This unit will undergo a full suite of engineering validation tests before moving to the Old Dalby test track for dynamic tests. As production builds up, Bombardier is due to be delivering a train every 10 days by mid-2017.

Crossrail Operations Director Howard Smith confirmed that the initial units will enter service on the Liverpool Street – Shenfield route in May 2017; these will initially be supplied to Ilford depot as seven-car sets. The first nine-car units will be delivered to the Crossrail depot at Old Oak Common to take over the Paddington – Heathrow stopping service from May 2018.