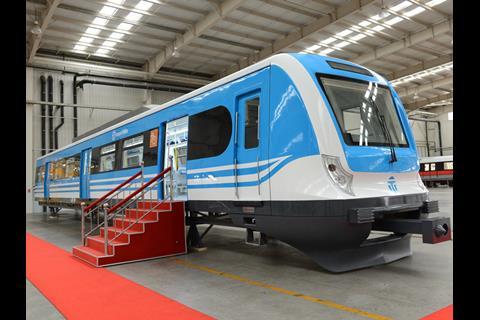 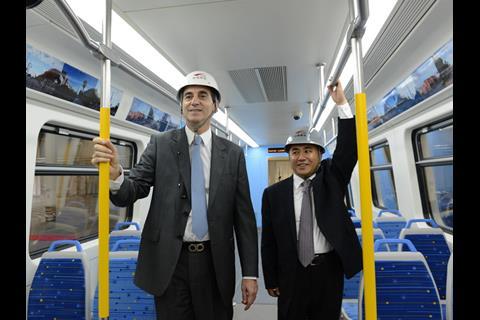 ARGENTINA: An agreement for Chinese rolling stock manufacturer CSR to open two plants in Argentina was announce by Minister of the Interior & Transport Florencio Randazzo during an official visit to China on September 24.

'The President of CSR informed me that a delegation from the company will travel to Argentina and will begin to the process to establish a passenger car production plant and another for freight wagons, destined for the local market and other countries in the region', said Randazzo.

'This is great news, because as well as the sources of employment that will be created, it involves major technology transfer that will be fundamental to the process of reviving the railways in our country', said the minister.

The federal government has ordered a total of 709 EMU cars from CSR for the Mitre, Sarmiento and Roca commuter networks in Buenos Aires, the first of which are due to arrive in Argentina in April 2014. Visiting the CSR Sifang plant in Qingdao, Randazzo had been able to inspect the prototype for the 25 nine-car trainsets for the Sarmiento route.