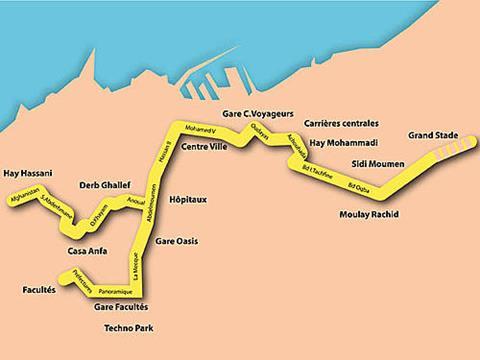 MOROCCO: Casablanca tramway development company Casa Transports has selected Alstom Citadis trams for the 29 km Y-shaped network which is due to open in December 2012.

The agreement announced on November 17 is worth €120m and covers the supply of 74 trams and 15 years of maintenance. Options for additional trams could take the total value to more than €190m.

The trams will operate in paired sets 65 m long. This is a similar configuration to that planned for the 22 trams which are under construction for Rabat, which Alstom says will help optimise spares and maintenance costs for both networks.

According to Alstom 1 291 Citadis trams have now been ordered by 32 cities.