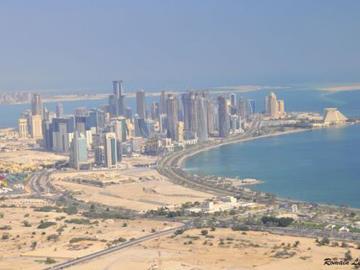 QATAR: Qatar Rail has signed the first round of engineering and consultancy contracts for the planned US$36bn national network of railway and metro routes.

Construction of the 75·4 km Phase 1a of the network is scheduled to begin in early 2013 for completion by October 2019 and opening in 2020. Phase 1a includes the Red, Green and Gold metro lines serving Doha the most densely-populated area of the country and the future site of stadia for the 2022 FIFA World Cup.

All materials and labour needed for the project will have to be imported, and a logistics co-ordinator is to be appointed later this year. The main metro tunnelling contracts are expected to be awarded in the first quarter of 2013.

'These projects are the first railways to be built in Qatar, so there is a huge responsibility on all parties to deliver these systems to the highest possible standards', said Mike Elliott, Middle East Rail Business Manager at Lloyd's Register.