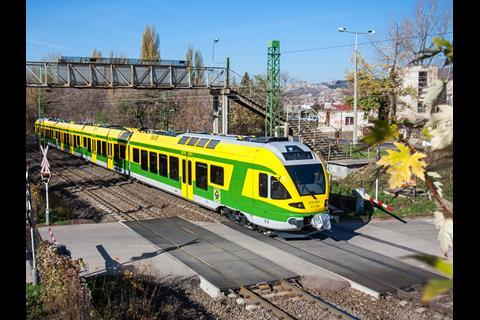 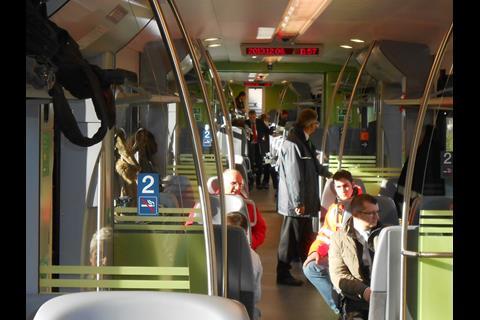 HUNGARY: The first of four Flirt electric multiple-units ordered by cross-border operator GySEV was handed over by Stadler Rail at a ceremony in Sopron on December 6.

The European Union's Cohesion Fund met 85% of the €20·3m cost of the order, which was signed on April 13 2012. The first two EMUs have been delivered 60 days ahead of schedule, which will enable them to enter service on the recently-upgraded Sopron - Szombathely - Szentgotthárd route from the December 15 timetable change.

The EMUs are identical to vehicles supplied to national operator MÁV. The bodyshells were produced at Stadler's Szolnok plant, with final assembly at Siedlice in Poland. They have 211 seats and space for 164 standing passengers, with air-conditioning, multifunctional areas for bicycles, wheelchair-accessible toilets, power sockets and wi-fi.