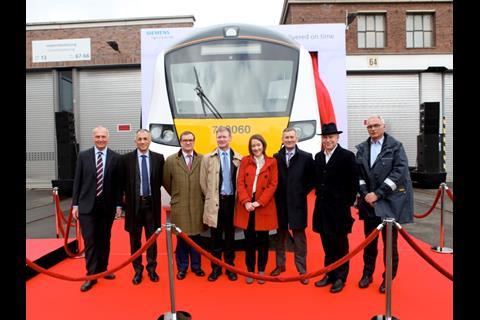 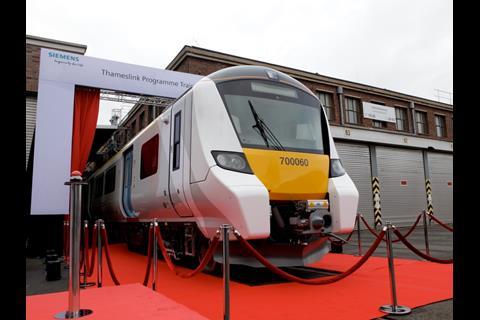 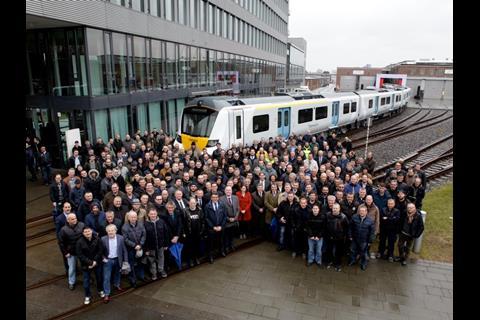 UK: The last of 115 Class 700 electric multiple-units for the Thameslink route was rolled out at Siemens’ Krefeld factory in Germany on March 8.

In 2013 the Department for Transport awarded the Cross-London Trains consortium led by Siemens a £1·6bn contract to supply 60 eight-car and 55 12-car Desiro City EMUs. The first entered service in 2016.

Class 700 trains began running the first services through the Canal Tunnels between London St Pancras International’s low-level platforms and the East Coast Main Line on February 26. The first train to pass through the tunnels was a southbound Peterborough – Horsham service.

Other new services included through trains between Brighton and Cambridge. These and the Horsham – Peterborough trains replaced existing Thameslink services south of London and Great Northern services from King’s Cross.

The launch of services through the Canal Tunnels marked a milestone in a project first announced by British Rail on November 6 1991 when City Thameslink station was opened on the north-south cross-city route between Farringdon and Blackfriars which had reopened in 1988. Known then as Thameslink 2000, the enhancement project required additional tracks and a dive-under to be built in south London where peak-hour Thameslink operations were in conflict with trains operating between Kent and the London termini at Charing Cross and Cannon Street.

Work did not commence until 2005, and the project, which included reconstruction and remodelling of the stations at Blackfriars and London Bridge, is finally nearing completion. When the final phase is finished in December 2019 there will be 24 trains/h in each direction through the central core between Blackfriars and London St Pancras. The project has a total cost of £7bn, of which £5·5bn is being spent on infrastructure enhancements. The core section is fitted with ETCS Level 2 and trains will normally operate using attended ATO.

The Canal Tunnels were built under the Regent’s Canal in 2004-06 at the same time as redevelopment of St Pancras station. They consist of a 100 m cut-and-cover tunnel outside St Pancras and a 600 m twin-bore tunnel which finishes near Belle Isle Junction south of Finsbury Park. For the moment just six off-peak services a day are routed through the tunnels, but from May a much enhanced timetable will see service levels stepped up across the Thameslink network.

Simon Blanchflower, Network Rail’s Thameslink Programme Director, said that the start of services through the tunnels marked ‘the final major infrastructure piece in the jigsaw that opens up the full future Thameslink network and its north-south travel opportunities across London.’