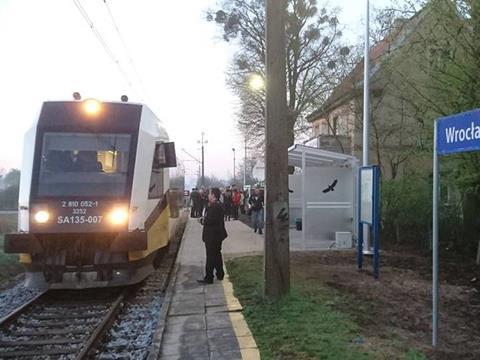 POLAND: A pilot service financed by the city of Wrocław, rather than the Dolnośląskie voivodship, was launched by regional operator Koleje Dolnośląskie on April 10 with a week of free travel.

The new service runs entirely within the city boundaries, linking Wojnów in the east with Nadodrze, taking 18 min. There are 13 pairs of trains a day, with three of these continuing beyond Nadodrze to the city’s main station. If the pilot proves successful, all services would run to and from the main station.

The city is providing a subsidy of 900 000 złoty this year. PKP PLK invested 1·1m złoty in refurbishing the stations along the route, as they had been out of use for some time. Fares will be integrated with the city’s public transport network, with some multi-modal tickets available.