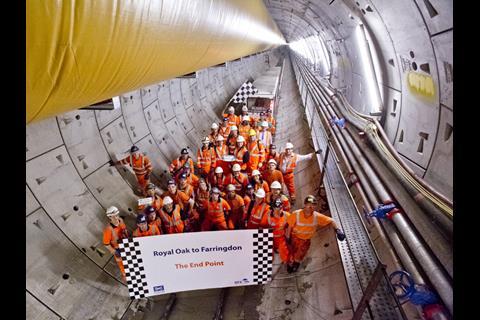 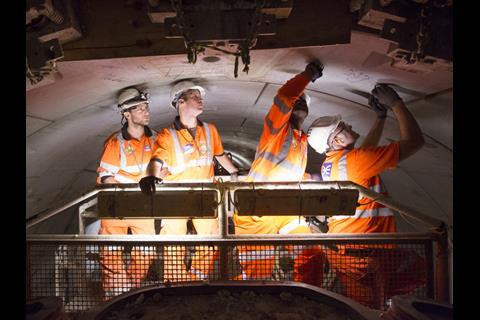 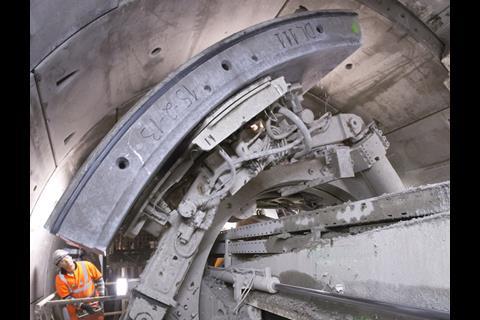 UK: On October 9 Crossrail Ltd announced the completion of the first running tunnel for the project, a 6·8 km bore between the Royal Oak portal and Farringdon built under Drive X. The tunnel boring machine is now to be dismantled and removed via a recently completed access shaft at Fisher Street.

'Crossrail has not only completed the first Crossrail tunnel under London but has reached the halfway point for our tunnelling machines with a phenomenal 13 miles of train tunnels constructed to date', said Programme Director Andy Mitchell. 'A further six tunnelling machines are currently hard at work constructing over 100 m of new tunnel each day with major tunnelling due to complete next year.'

With the second TBM launched from Royal Oak having reached Holborn, Drive X is due to be completed this winter. The final concrete segments for lining the western running tunnels were due to be cast last week at the temporary plant established at Old Oak Common.