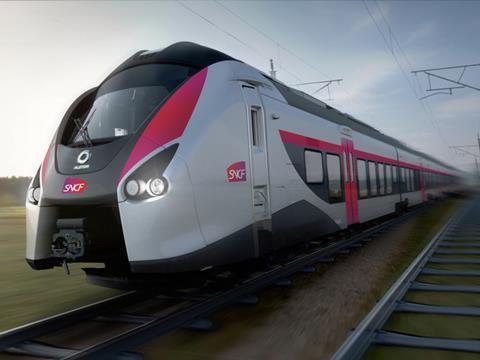 FRANCE: Transport Minister Frédéric Cuvillier confirmed on December 4 that the government had agreed a funding package allowing SNCF to proceed with an order of 34 inter-city multiple-units.

Funding worth €510m, with an option for further investment worth €100m, has been provided for the procurement of 34 Coradia Liner electro-diesel trainsets from Alstom, plus associated depot investment works.

Each six-car trainset would be 100 m long, with capacity for 267 passengers. Operating at up to 160 km/h under 25 kV 50 Hz or 1·5 kV DC electrification or powered by six roof-mounted 350 kW MAN diesel engines, the Coradia Liner would be lighter than SNCF's existing locomotive-hauled trains, with improved acceleration and braking and 30% lower energy consumption, Alstom says.