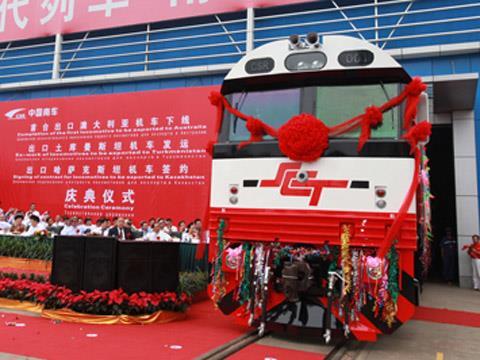 AUSTRALIA: The first of 10 diesel locomotives ordered by SCT Logistics was rolled out at the CSR Ziyang Locomotive plant in China on July 22.

The locomotives are scheduled for delivery by the end of December, with the manufacturer saying this will be the first time a Chinese firm has exported diesel locomotives with AC traction and based on 'independent intellectual property' to a developed country.

CSR said it has implemented a strict quality assurance system comparable with European and American standards in order to meet the 'extremely high' requirements of the Australian market, including Stage IIIA emissions standards.

SCT signed a 100m yuan order for six locomotives for use on east-west transcontinental services on September 1 2010, and followed this with an order for an additional four in March.