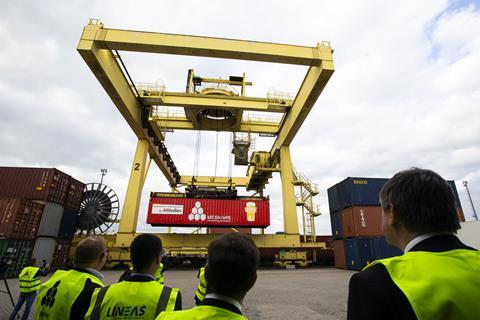 The trains operated by Lineas each carry 47 containers directly from a warehouse owned by Katoen Natie to DP World’s Quay 1700 within the port complex. 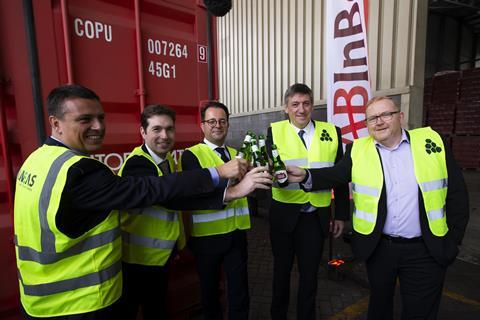 Along with an existing ‘beer train’ service, this means that the majority of AB InBev’s beer for export through the port will now travel by rail, replacing 20 000 lorry trips a year.

‘The already clogged road network will not be able to accommodate growing freight transport’, said Jambon. ‘We will have to make even more use of the railways and our under-utilised waterways to bring our goods on site in a smooth, safe, environmentally-friendly and reliable manner.’ 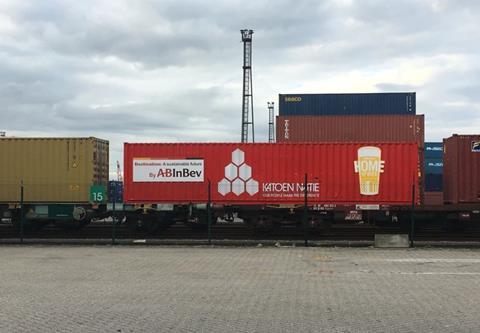 Lineas CEO Geert Pauwels said road congestion around Antwerpen meant a growing number of companies were considering rail. ‘With this beer train everyone wins: our customers, the climate, but also drivers on the roads’, he said.

‘From Belgium, the home of beer, we want our beers to reach beer lovers worldwide, but in a sustainable way’, said Alexander Soenen, manager of the Leuven brewery. ‘Since 2014, the volume of Stella Artois exports has doubled with an annual growth rate of almost 8%. 90% of Stella Artois brewed in Belgium is intended for export, 75% of which is destined for the US, but also for Canada, Mexico and South Korea.’