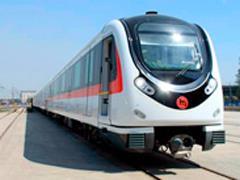 CHINA: The National Development & Reform Commission has approved a public-private partnership contract covering the supply of electrical and mechanical systems and the operation of Hangzhou Metro Line 1.

The first of eight planned metro lines in the city is under construction for opening later this year, with 31 stations on a 48 km north-south route, 41 km of which will be underground.

Hangzhou Metro Group is responsible for civil works on the 22bn yuan project. MTR Corp announced on July 17 that its subsidiary MTR Hangzhou Line 1 Investment Co Ltd had signed a contract with Hangzhou Metro Group to set up a 49:51 joint venture which will invest 8·3bn yuan in the E&M systems and operate the line for 25 years. The framework for the deal had been agreed in January 2009.

'This is an exciting time for MTR as we expand our investment and operations into our third Mainland city, Hangzhou, which will add to and complement the metro lines which MTR already operates in Beijing and Shenzhen', said Jay Walder, CEO of MTR Corp.