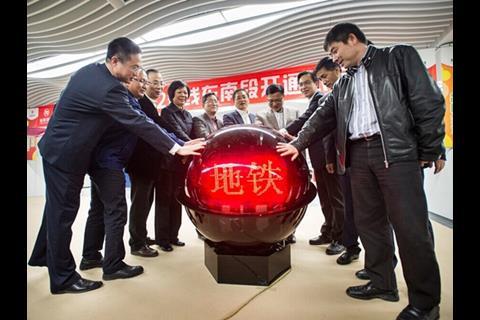 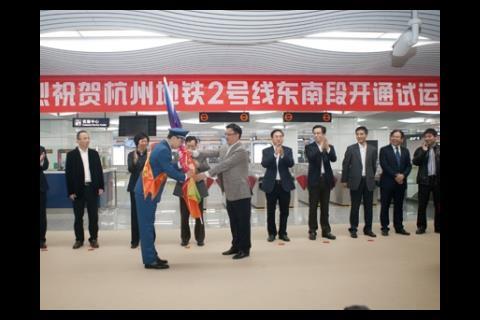 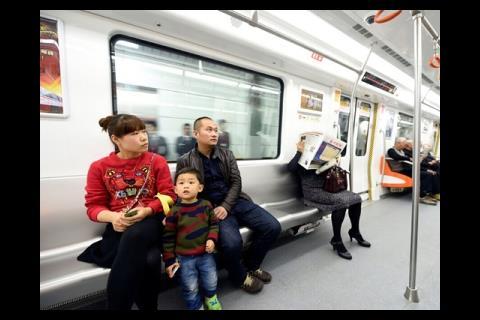 CHINA: The second metro line in Hangzhou was opened for trial operation at 09.15 on November 24.

Phase 1 of Line 2 runs for 18·3 km from Qianjianglu in the city centre, before crossing the Qiantang River to reach Chaoyang in the southeast, serving 13 underground stations. A limited service is operating between 06.30 and 21.30 with headways of 8 min 48 sec. Hangzhou Metro has said that capacity could be increased at peak periods if passenger demand requires it.

The second phase would extend Line 2 12·5 km northwest to Fengtanlu with 11 stations; interchange with Line 1 would be provided at Fengqilu. Work on this section began in 2011, with opening planned for 2016.

The same day marked the second anniversary of the opening of the city’s first metro line. In its first two years of operation, Line 1 has carried 227 million passengers, with a highest daily ridership of 807 900 passengers.

Hangzhou is planning an eight-line metro network. The next line to open would be north-south Line 4, the first phase of which is intended to link Jinjiang with Pengbu. Interchange with Line 2 would be provided at Qianjianglu. Nanjing SR Puzhen Rail Transport is supplying rolling stock under a 1·1bn yuan contract awarded earlier this year.