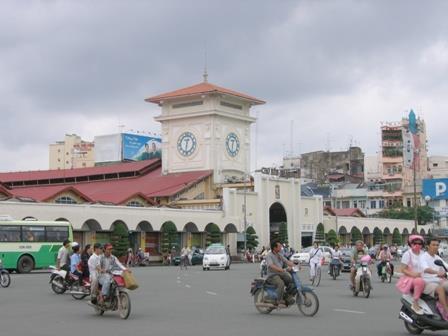 VIETNAM: Ho Chi Minh City Management Authority for Urban Railways has signed a ¥37bn contract with Hitachi to supply electrical and mechanical equipment for Line 1 of the Ho Chi Minh City metro, it was announced on June 11.

Hitachi is to deliver 17 three-car trainsets, signalling, telecommunications including wireless train radio, the power supply system, platform screen doors, an automated fare collection system and depot facilities. A separate agreement will specify terms for maintenance, which Hitachi will undertake for five years after the start of commercial operations. These are scheduled to begin in early 2018.

The 19·7 km Line 1 will connect Ben Thanh in the city centre with Suoi Tien in the northeast. It will run underground and on elevated sections. A groundbreaking ceremony was held in August 2012, and Japan International Cooperation Agency will provide 88% of the estimated construction cost of 47tr dong.

A total of six metro lines are planned for Ho Chi Minh City. Line 2 is already under construction, and basic designs have been approved for 3A and 3B.