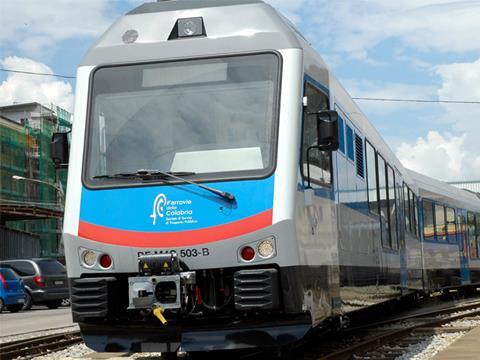 ITALY: President of the Calabria region Mario Oliverio has launched work on a metro line in Catanzaro. The 5 km underground link is part of an EU-funded €103m project that also includes upgrading existing rail lines to metro standards.

The new line would link Catanzaro station on the FS route from Lamezia Terme with Dulcino station on the 950 mm gauge Ferrovie della Calabria line that runs from Catanzaro Lido to Cosenza. Germaneto metro station would serve the existing railway station and there would be two intermediate stations, one of them serving the university.

In addition, the 12 km of FdC line from Catanzaro Lido to Catanzaro Città is to be upgraded and a new station built between Catanzaro Lido and Aranceto. The main contractor is Vianini Lavori and the project is due to be completed in 2019.

Once complete, it is envisaged that services from Cosenza would terminate at Catanzaro Città, with metro services running south from Catanzaro Città along the upgraded line to Catanzaro Lido or the new branch to Germaneto.