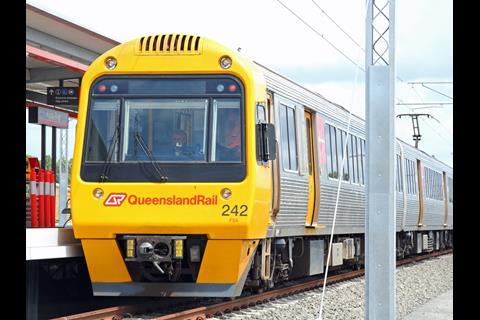 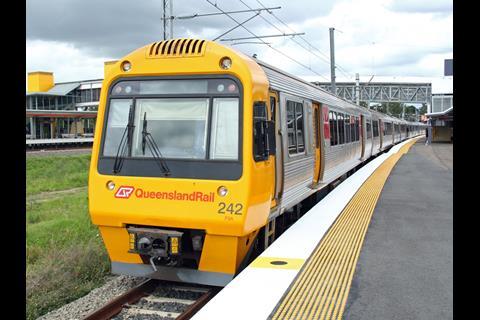 AUSTRALIA: Queensland Rail has started test running on the 12·6 km Moreton Bay Rail Link, which is expected to open for revenue service later this year. Following energisation of the 25 kV 50 Hz electrification in January, the first test EMU operated over the line on March 16.

Diverging from Queensland Rail’s northern main line at Petrie, the route runs east towards the Pacific Coast at Kippa-Ring, serving five intermediate stations at Kallangur, Murrumba Downs, Mango Hill, Mango Hill East and Rothwell in the rapidly-expanding Moreton Bay region, where the population is forecast to rise from 375 000 to more than 500 000 by 2031. Offering a 57 min journey time to central Brisbane, the line is expected to reduce congestion on the Bruce Highway and provide improved access to other employment centres.

The line is being built by Leighton Holdings subsidiary Thiess Contractors under an A$650m contract awarded by Queensland's Department of Transport & Main Roads in August 2013. The A$988m cost is being jointly funded by the federal government, the state and Moreton Bay Regional Council.

According to Queensland’s Minister for Transport Stirling Hinchliffe, an ‘extensive commissioning programme’ will see up to four trains a day operating over the new line to test the overhead power supply and signalling. Queensland Rail drivers and guards will then ‘begin an extensive training programme to familiarise themselves with the new track and infrastructure. This is important work and needs to be carried out to ensure the services can safely and reliably start carrying its first customers from mid-year.’