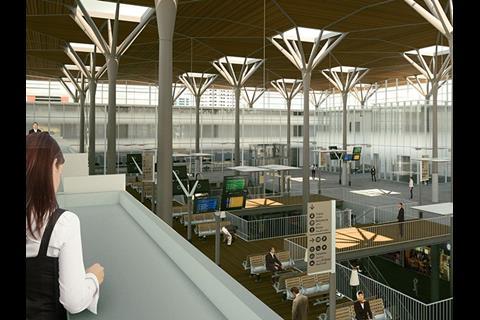 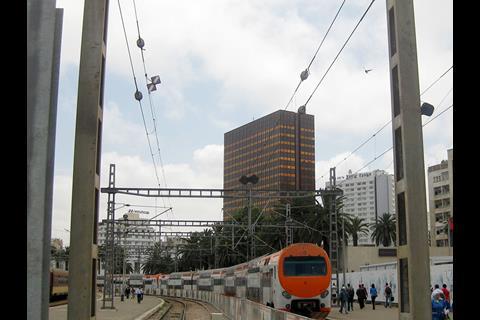 MOROCCO: King Mohammed VI has formally opened the refurbished station at Casa-Port in the city of Casablanca.

The terminus has been redeveloped at a cost of 400m dirhams under a project led by national railway ONCF. The company says that station’s location ‘at the heart of a city undergoing wholesale modernisation’ means that it can be properly integrated into the urban realm for the first time. As well as serving the commercial port, Casa-Port is also close the marina regeneration zone and the Hassan II mosque.

The station development is intended to create ‘a hub of inter-modality’ with facilities tailored both to transport users and those seeking leisure options. The station encompasses around 33 500 m2 of covered space, and it is designed to handle up to 20 million passengers a year or 5 000/h at peak times. It consists primarily of three main zones: a space for passengers, a subterranean car park and an office development for ONCF itself.

The main building includes a 7 000 m2 platform level, of which the passenger waiting area covers 3 000 m2, shops and cafes 650 m2 and ticket offices 355 m2. Immediately below is an inter-floor mezzanine with car and taxi access points, while the first basement level is given over to an 8 400 m2 retail and dining complex. The second and third basement levels are home to 480 car parking spaces, from where direct lift access is provided to the platforms.

The roof, atrium and platform shelters have all been designed to reflect the best of ‘contemporary architecture’ while respecting the ‘classical principles’ of Moroccan aesthetics. Improved passenger facilities include digital information screens, CCTV, light-sensitive glazing and adjustable lighting.