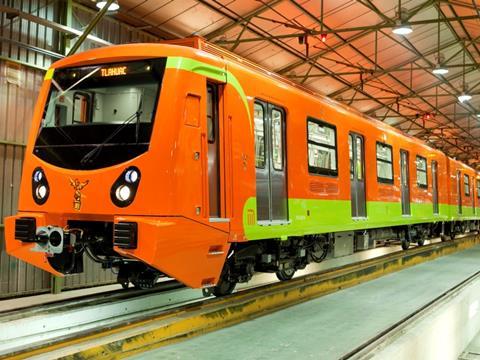 MEXICO: Metro operator STC has begun tendering for studies of an express rail link to Mexico City’s new airport, which will include defining route options to make the best use of existing rights-of-way and minimise disruption to the urban fabric. The preferred bidder will also consider the civil engineering and electro-mechanical works required, as well as rolling stock, signalling and power supplies.

According to STC Director General Jorge Gaviño Ambriz, one option is for the new service to make use of Line 1 of the STC network, running from Observatorio in the west of the city via Avenida Fray Servando Teresa de Mier to the existing Benito Juárez International Airport, close to Boulevard Puerto Aéreo station on Line 1. It would then run on to the new airport, due to enter service in 2020-21.

Calling at a limited number of intermediate stations, the east-west express service is seen as complementary to the metro network which has three stations serving the existing airport, and is expected to encourage the use of public transport by both regular and occasional passengers in place of the private car.

Separately, STC has also called tenders for studies of an extension of Line 9 from Tacubaya to Observatorio, providing interchange with metro lines 1 and 12, as well as the suburban railway now under construction to Toluca.