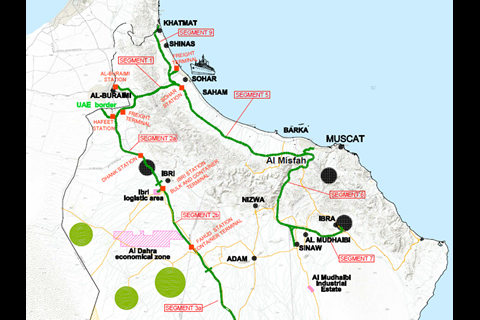 OMAN: A royal decree issued on December 20 declared the second phase of the planned 2 135 km national railway project to be a public utility project.

The decree grants powers for land acquisition for Phase 2, which would run south to Fahud from a connection with the Al Aïn – Sohar Phase 1 at Hafeet. It is envisaged that Phase 1 could open in 2019.

Meanwhile, project promoter Oman Rail and the Port of Duqm have signed a memorandum of understanding for the development of rail freight access to the port. This would form part of the third phase of the nine-phase railway programme.